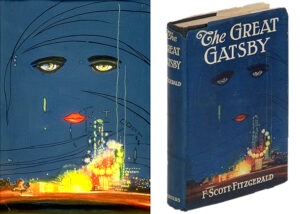 The Great Gatsby  [we will use the digital public domain copy available online from Project Gutenberg for Hypothes.is Annotations]

“The Gangster as Tragic Hero” by Robert Warshow (1948)

The Poetics of Aristotle

The Divided Self of Fame + Celebrity

“But to be talked about is to be part of a story, and to be part of a story is to be at the mercy of storytellers–the media and their audience. The famous person is thus not so much a person as a story about a person—which might be said about the social character of each one of us. Like some special aspect of ourselves, the famous person also holds out the possibility that there is another self inside, one not totally defined by that social story. In the incessant spotlight the constant tension between those stories—of the talked-of self and the unexpressed self—becomes more acute. Similar, the basic conflict of modern fame is between the ideal isolation that has been the propaganda of the famous since the eighteenth century and the expanded urge to recognition that has developed in the pressure of the democritization and the widening franchise. In one view, the famous exist on a solitary eminence; in the other, it is part of the audience’s story about itself.”

“Dressed To Kill: Style, Consumption, and the Gangster” from Inventing the Public Enemy by David Ruth

“Scarface, The Great Gatsby, and the American Dream” by Marilyn Roberts (2006)