The mysterious, eerie, uncanny Doppelgänger, or “double walker,” has haunted western culture—folklore, myth, philosophy, romanticism, science and science fiction—for more than two centuries. Most recently, it has influenced fashion, film, and gaming. In literature, the doppelgänger functions as a device articulating the experience of self-division for a living person or the phenomenon of a ghostly double that appears as a twin, shadow, or mirror image, often representing evil or misfortune. In consumer capitalism, it evolves from the figure of the automaton, an early form of robot that approximates human form and function, into a reproducible and, more importantly, commodifiable form of the “self as other,” refigured department store mannequins and clones. Computer games provide virtual worlds for other possible selves, or avatars.

In this section of EXPO 1213/1223, we will read about, analyze, discuss, research, and write about the idea of Doppelgänger in a variety of its doubling guises—as shadow, automaton, replicant, clone, mannequin, and avatar—in a attempt to grasp its meaning and relational function that disturbs or confronts the duality of self—rather than merely dividing the self or mirroring the self. In other words, the Doppelgânger as process and not just thing in disciplines like psychoanalytic theory, philosophy, literature, painting, fiction, opera, cinema, and computer technology.

If only this exhibit had opened 2-3 weeks earlier! I, Doppelgänger at Mainsite Gallery

“House of Wax” (1953) Compressed. Staring Vincent Price, one of the original horror film villains of the early-mid twentieth century.

Clip #1 from “After Hours” (The Twilight Zone)

Clip #2 from “After Hours” (The Twilight Zone) 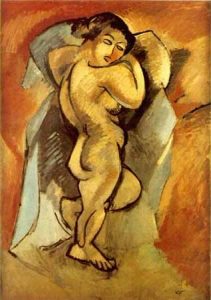